Michael Ellison’s debut as City of Liverpool manager saw the Purps demolish Brighouse Town in an excellent display at the Yorkshire Payments Stadium. 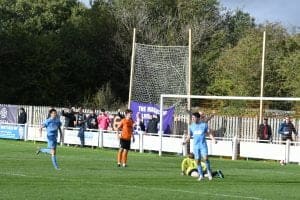 The new manager gave debuts to goalkeeper Scott Reed and right back Kai Shorrock who both signed on the eve of the match.

The visitors started brightly and could have taken the lead with barely two minutes on the clock as Dom Reid burst down the left, rinsing the right back and cut in to fire a shot which looked destined for the bottom corner of the net. Brighouse goalkeeper Matt Smith somehow clawed it out with a fine stop, and the loose ball was agonisingly just behind Jamie McDonald who would have had a tap in.

After a promising start, the Purps went behind against the run of play when Brighouse defender Kurt Harris headed home from a corner after 16 minutes. It was harsh on the visitors who had been much the better side in the opening exchanges.

The Purps were not down-heartened by going behind and almost equalised within seconds of restarting play. Jordan Barrow and Jamie McDonald were both denied by last ditch blocks inside the Brighouse box in the same passage of play. Louis Corrigan also went close with a long range left footed free kick which Smith did well to fingertip over the bar.

The visitors continued to rally and finally got the equaliser their play had deserved courtesy of Nathan Burke. The midfielder burst forward in trademark style, firing a right footed effort across the keeper from the right hand side of the area which bounced in off the post.

Burke then put the Purps ahead from the penalty spot on the stroke of half time after Dom Reid’s barnstorming run ended with the winger being unceremoniously barged over in the box. The referee awarded a penalty without hesitation and Burke stepped up to despatch it home with aplomb, sending the visitors in at the break with a deserved lead.

HALF TIME: Brighouse 1-2 City of Liverpool.

The Purps started the second half in the same fashion as they dominated the first, with the exceptional Jordan Barrow dominating midfield and dictating play, allowing Burke, Reid, Rigby and the impressive debutant Kai Shorrock plenty of opportunity to express themselves going forward.

Within three minutes of the restart the Purps increased their lead as Shorrock nipped in to win possession, feeding Tony Gray who expertly released Stephen Rigby with a first-time ball. Rigby lifted an ice-cool finish beyond the advancing Smith to send the travelling Purps into raptures!

The visitors continued to dominate and left back Louis Corrigan, so often the scourge of the Purps with his fine delivery for Runcorn Linnets, had a whipped corner tipped onto his own crossbar by Smith as the hosts looked all at sea defending Louis’ set pieces.

The hosts again grabbed a goal against the run of play, as a counter attack from a Purps corner saw substitute Javelle Clarke bundle the ball home fortuitously from close range, beyond the reach of Reed to make it 3-2.

The Purps were undeterred and soon increased their lead once again. Substitute Elliott Nevitt, within seconds of replacing Tony Gray, raced clear from Dom Reid’s flick on. The Beast held off two defenders before slotting home a composed finish beyond Smith with his first touches of the match, making it 4-2. An inspired substitution if ever you’ll see one!

The hosts were reduced to ten men after 76 minutes as Thomas Haigh who was already on a booking for a wild challenge on Stephen Rigby that should have been a straight red, repeated the feat on Jamie McDonald.

Haigh lunged with an ugly, high, straight leg tackle on the Purps forward, a challenge which should also have resulted in a straight red card. The referee produced the second yellow and regardless the midfielder had the marching orders he was seemingly desperate to obtain.

The visitors wasted no time in utilising their man advantage, as Brighouse defenders made an almighty mess of Scott Reed’s long clearance and Nevitt took full advantage again. The forward held off a couple of defenders before side footing beyond the advancing Smith. It was a score line which Michael Ellison’s side thoroughly deserved.

Man of the Match: Jordan Barrow. The midfielder was at his dominant best throughout the match, winning the ball at will with some fine challenges and looking every inch the best player on the park. Barrow bossed his Brighouse midfield counterparts throughout and just edges out Kai Shorrock who deserves a special mention for an excellent debut performance which belied the 18 year old’s years.

After the match we caught up with Michael Ellison for his reaction to the victory, and asked him about his first few days in charge. 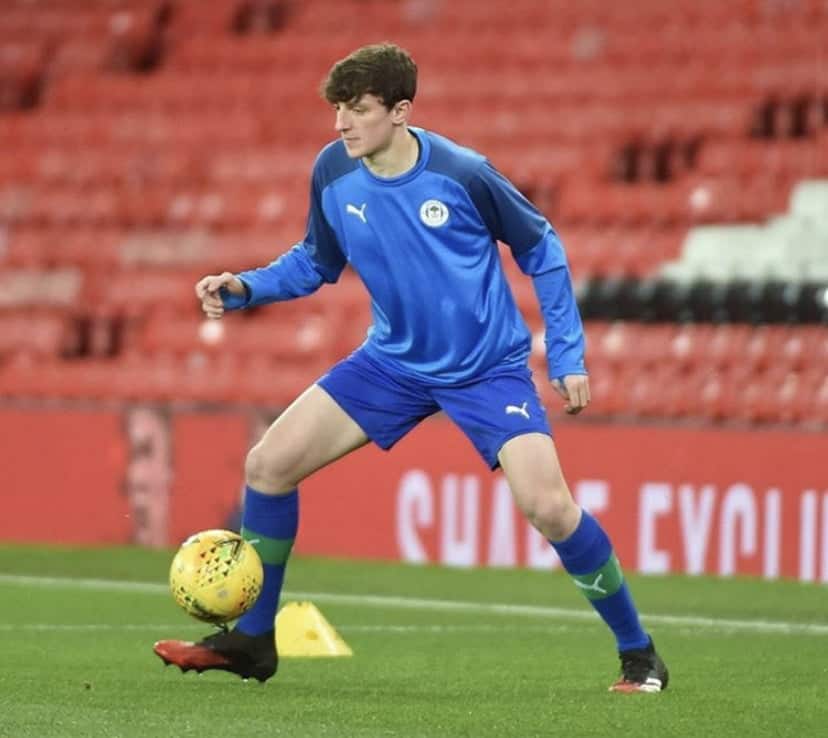 City of Liverpool have completed the signing of young right back Oliver Broe from Wigan Athletic.
8 months ago | First Team 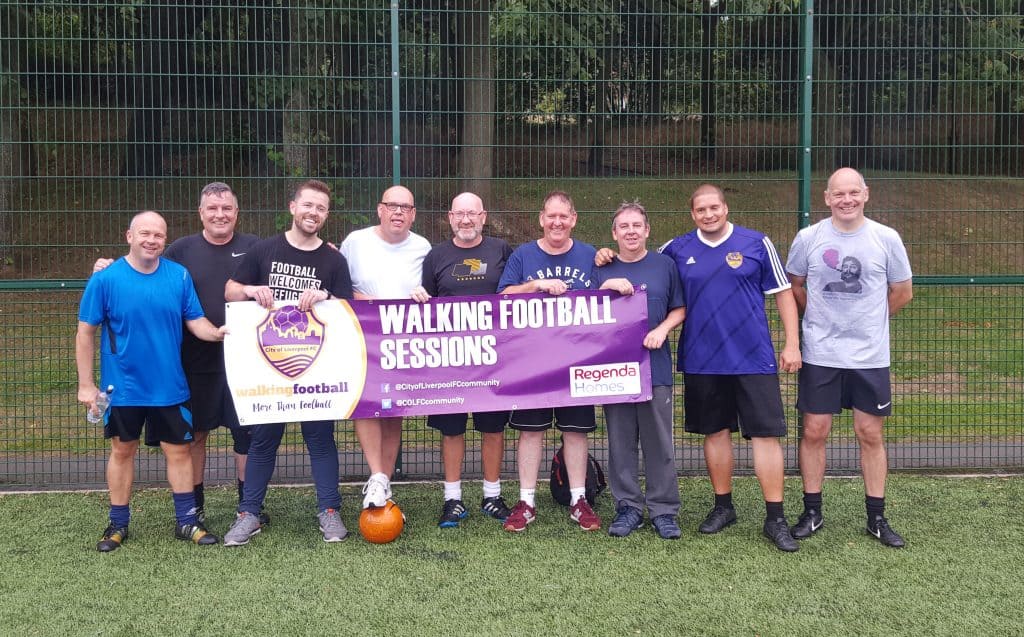 City Of Liverpool FC in the community are delighted to announce that our popular walking football
3 weeks ago | Community, News